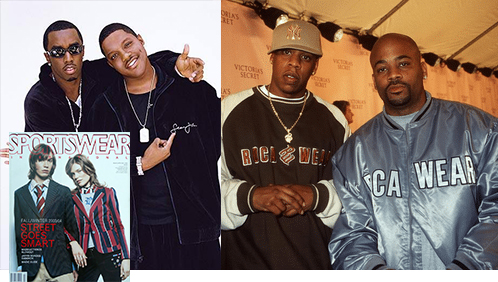 
"One of my college theses at Lafayette College was about the underrepresentation and misrepresentation of Latinos on mainstream TV, which went on to become required reading at the University of Texas at Austin," says Tinabeth Pina, the current host of the new monthly magazine show Latinas. "I always wanted to part of correcting that problem...the opportunity finally presented itself at CUNY TV almost two years ago, and I ran with it."

Making its debut this past September, Latinas brings the stories of influential and inspiring women to cable, CUNY TV's digital platforms, YouTube and CUNY TV. "Tinabeth has dedicated to giving our community a voice, which has been long overdue," says Melissa F. Garay, multimedia producer/editor at CUNY TV. "It is not only important to showcase our representation in American media, but also for me, as a Latina, to be part of the team making this happen. We are in charge of telling the stories of our community, our mujeres, and our Latinx's."

Pina is on a mission to bring visibility to Latinas and give them a vehicle where they can see themselves and be proud of their accomplishments. Also, Pina wants to inspire those who are up and coming so they can see what is possible. "With each episode, the show just keeps getting better and better, and I hope it continues with that trajectory," says Pina.

"I would love for it to be seen nationally and not just in the (New York) tri-state area."
- Tinabeth Pina, CUNY TV Host

Born to a Puerto Rican mother and Dominican father in Easton, Pennsylvania, Pina grew up loving both track and field and theater. "I knew deep down that I wouldn't be an Olympian, and although I loved medicine and also wanted to be a doctor, I had to give being on television a shot because I always wanted to be on TV growing up," she says. Pina is a former elementary school Pennsylvania State champion in the 100-meter dash and the high school state champion in the 200-meter dash. She still holds several grade school, high school, and collegiate track and field records. "I knew I what I could be when I - and the rest of the US - discovered Oprah in the '80s. I knew that journalism would be the better/safer career path for me than acting, which I also do. It's only in the last decade that I realized that I could have been a doctor AND on TV- oh well."

Pina was hired at CUNY TV in 2012 as a correspondent and ended up not only as a reporter and host but also as the managing editor of the station. Also, she runs the internship program at CUNY TV. Career-wise, it's always been an "upwards and onwards" and "keep grinding" for Pina. She's been fortunate in that she achieved her career goals early - being a reporter and hosting national TV shows.

Travel has also been near and dear to Pina's heart. "I loved to travel and thought maybe archaeology or anthropology could be careers I would pursue," says Pina, who also wanted to be Indiana Jones growing up. "I was lucky enough to travel as a kid and as an adult. I've been able to be everything I wanted to be as a kid, ironically. I've played a doctor or nurse in film and TV. I get to be on TV as my career. Travel-wise, I've seen many areas of the world that only archaeologists or anthropologists are interested in seeing Egypt, Wadi Rum, Galapagos, and the Taj Mahal."

She married her wanderlust with her knowledge of TV by creating videos that offer useful travel tips to travelers. She vlogs travel tips on TinabethTravels.com. She also created Globe Scholars, a travel show about study abroad that airs nationally on PBS and has accompanying webisodes. "It has been a labor of love for me," Pina admits. "My pilot episode where I follow students from Saint Peters University in NJ traveling to Cuba premiered in 2019 on PBS stations across the nation, and in 2020, I have three episodes following students from Brooklyn College as they explore South Korea. For me, it's another vehicle to entertain and educate."

As if Pina doesn't sound busy enough, this modern day wonder woman also pursues acting in her spare time. A commercial actress, she worked with British actor Clive Owen this past year. "I've been able, and God willing, will continue to do everything that I ever wanted," says Pina. "I have a great support system - my husband, mom, sisters, and dad - who believe in me and make me want to better myself every day. I know if I'm proud of my accomplishments, they are as well. I've shown, and know for a fact, that anyone can achieve what their minds can perceive. I'm living proof of it! You need to work really hard to make it happen."